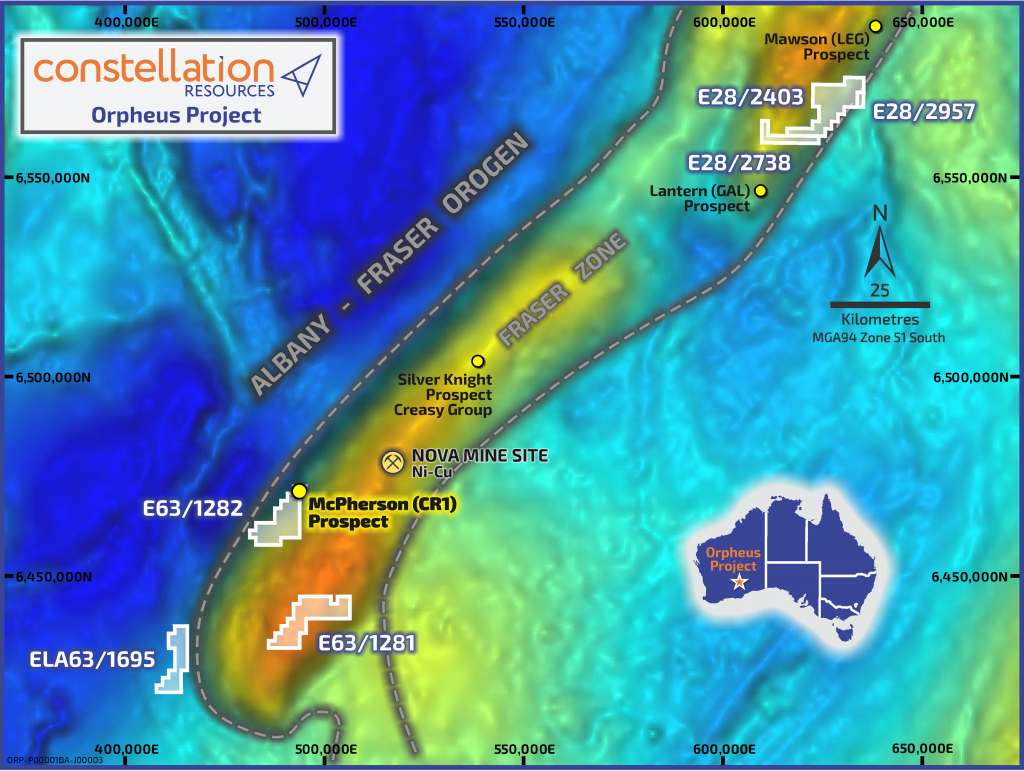 The Orpheus Project comprises six tenements covering approximately 443km² in a prospective portion of the Albany-Fraser Orogen (AFO), commonly referred to as the Fraser Range province…

The AFO is considered prospective for nickel, copper and gold, and has attracted significant exploration since the discovery of the Nova deposit in 2012 in mafic and ultramafic rock types.